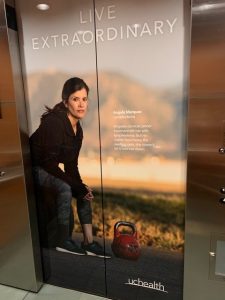 March is Lymphedema Awareness Month, so let’s bring a bit more awareness to this chronic and progressive disease. Trauma to the lymph system can cause secondary lymphedema. Today, I’d like to introduce you to Angela, who has secondary lymphedema. Angela first was presented with lymphedema in March of 2016, nine years after being treated for cervical cancer. Her left ankle began to swell and within the week her entire leg was swollen.

It took about six weeks for Angela to be properly diagnosed with lymphedema. She had to 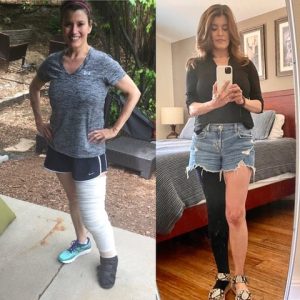 really push for answers through a series of emergency room trips and various doctor visits. Her primary care physician referred her to an interventional radiologist, where she was diagnosed with May-Thurner Syndrome and lymphedema.

Angela’s oncology doctor had told her that lymphedema was a risk at the time of her surgery. However, he did say that it most often would appear within the first three years after treatment. What she didn’t realize was she was at risk for the rest of her life to develop lymphedema due to her cancer and the treatments. 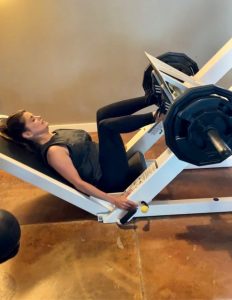 SURGERY FOR HER LYMPHEDEMA

In 2017, Angela had VLNT (vascularized lymph node transfer) for her lymphedema. One of the biggest takeaways for her was that her leg is not as heavy and tingling as it was before. Her leg has stabilized and her quality of life has improved. It goes beyond aesthetics.

Angela encourages anyone who is interested in LE surgery to do their research and speak to others who have had surgery. It’s not for everyone and it’s a decision that should not be taken lightly. Although no surgery is a cure for LE, it can help to improve management of this disease and improve quality of life. Angela says she would do it again. Even after her surgery, Angela continues to manage her legs with MLD, compression garments for lymphedema, skin care, her pump and exercise.

Angela is a co-chair for the Colorado Chapter of Lymphatic Education & Research Network (LE&RN). This organization works with local lymphedema support groups and their community to raise awareness of lymphedema. She was also the recipient of the Courage Award from LE&RN for her dedicated advocacy work for lymphatic diseases.

Additionally, Angela is active on Instagram (@funky_lymphedema) where she spreads awareness and connects with others. She uses her platform to show that you can do more than just survive with lymphedema, you can actually thrive! She also was a part of a media campaign with UCHealth (hospital in Colorado) which highlighted her lymphedema. “This disease can feel isolating – it’s not only physical, it’s psychological, and I want others to know there is a community to support them,” said Angela. 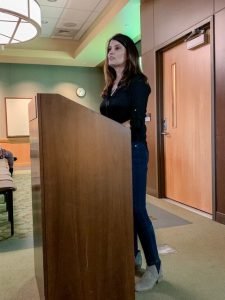 “My diagnosis upset me,” said Angela. “I knew I needed to channel my energy and not allow this disease to keep me from living my life. When I was going through cancer treatment, my medical team told me the mind is a powerful tool. That resonated with me and has stuck with me since. I am grateful for everything I have.”

“There is a community of people out there who will support and encourage you. We all have a story to tell and there is power in telling your story. Don’t give up.”

Disclaimer – This blog is for general information purposes only. Furthermore, information contained in this blog is not a substitute for medical advice – always consult a licensed healthcare professional for advice on your specific condition.