WHEN YOUR LYMPHEDEMA BECOMES YOUR SUPERPOWER! 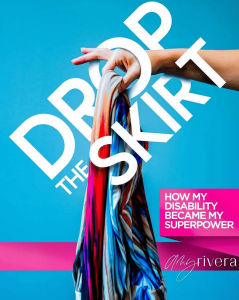 Any condition can be a burden, but it can be especially challenging when that disease is chronic.  Somewhere around 10 million people in the United States are dealing with the chronic disease of lymphedema. Many more may be afflicted, but have not been properly diagnosed because this disease is often misunderstood and misdiagnosed.

Lymphedema is a chronic disease caused by a problem with the lymphatic system. This often causes swelling of a limb and has many varying degrees of severity, from mild to disabling. I just read a fabulous book by a friend of mine who took her disabling condition and turned it into her new super power. She is such an inspiration to me and a hero to many. Would you like to hear more? 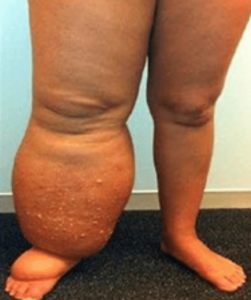 Amy Rivera’s new book, “Drop The Skirt,” was just released in September. It’s the inspiring story of how one person took the challenges life handed her and turned them around to empower her.

Amy was born with primary lymphedema, although she was misdiagnosed for the first 30 years of her life. She would often wear long skirts to hide her leg, which at one point was twice as big as her other leg. Have you ever felt like you had to hide the parts of you that were unacceptable?

BECOMING HER OWN ADVOCATE 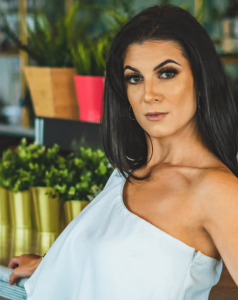 After years of not knowing what was really wrong with her leg, Amy had had enough! She decided she was no longer going to hide her disability. No longer was the diagnosis of “it’s just swelling” that she had been given for years acceptable. She started her own research and began Googling things like “big leg,” “elephant leg” and “swollen leg”. Here she began to find answers. When it comes to our health, we are often our own best advocates.

YOU ARE NOT ALONE!

For the first time in her life, Amy felt that she was not alone and that there might be hope for her and 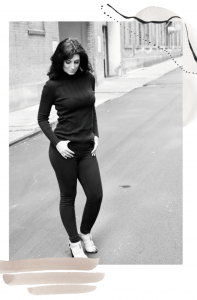 her condition after all. Through much research and many phone calls, she finally got a proper diagnosis and the help she needed. She took this new found information and began to reach out on social media to educate, inform and advocate for others with lymphedema.

After many years of struggling with her condition, Amy finally came to the place of acceptance and of actually embracing her challenges with her lymphedema. I encourage you to check out her story for yourself. Let this beautiful soul inspire you as well!